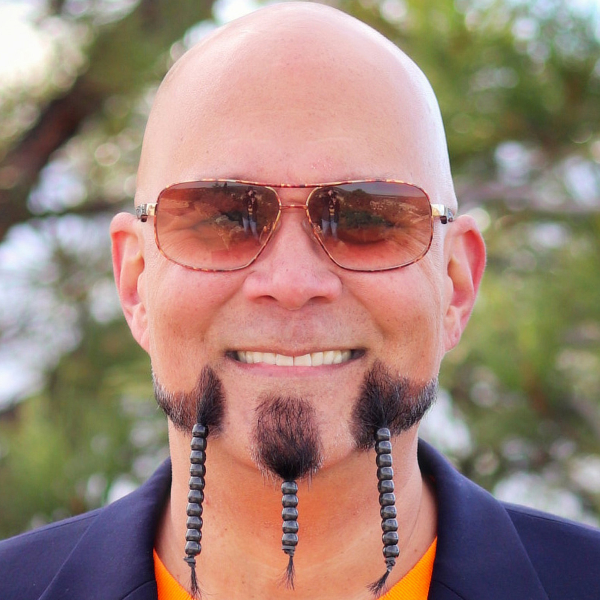 WARNING: Strobe lights will be used during this perfornance.

In 2003, Mark auditioned and was turned down by NBC’s Last Comic Standing, where his audition was reduced to a 3 second clip of “rejects”. This same year, Mark’s “Arnold as Jesus” bit appeared on “Bob and Tom’s Greatest Hit’s CD”. In 2006, Mark’s “Arnold” bit ranked 42nd on XM Satellite radio’s “150 Top Comedy Bits of All Time”.

Mark was the warm up act for VH1 Classic Rock ‘n’ Roll Celebrity Poker Tournament at the Flamingo Las Vegas on November 2, 2006 in Las Vegas, Nevada. In 2009, Mark teamed up with the iconic drummer from Pantera, Vinnie Paul, to produce a show at the Hard Rock Hotel and Casino in Las Vegas. After his Vegas show ended in 2010, Mark would later return to Vegas that year to appear on Fox’s “Million Dollar Challenge” with Daniel Negreanu. Initially, Mark beat out over 650,000 other online players on Pokerstars.net to qualify for an appearance on Pokerstars.net “The Big Game”. After viewing his “audition video submissions”, the producers suggested he be placed on the game show “Million Dollar Challenge” instead. The thinking was Mark’s personality was too far over the top and the “poker pros” were to be the stars of “The Big Game” and Mark might overshadow them, thus a gameshow appearance might be a better fit. In 2016, Mark was contacted by the producers of “America’s Got Talent” after they viewed his online video audition submission. After several email exchanges, it was agreed that Mark’s act was not a good fit for the younger audience demographic the show was aimed at, and Mark politely declined to pursue it further. Currently Mark tours nationally as a comedian and makes public appearances at Comic Conventions with his Dragonball Z credentials. His upcoming appearances can be found on his website kidwok.com .